Believe it or not, there are some great shows coming up in the capital district. A few high-profile acts felt like they should come to Albany for some reason. Whatever that reason may be, we are reaping the benefits as music lovers.

Taking Back Sunday and The Menzingers at Upstate Concert Hall

For fans of pop punk singalongs, both of these bands will not disappoint. Thankfully, the show is on a Sunday, which by now I would assume has been taken back.

Sufjan Stevens at the Palace Theater

With beautiful orchestral pop arrangements, and poignant, expressive songwriting, Sufjan Stevens is finally coming out with his first official non-Christmas album since 2010’s The Age of Adz. You can see him in April at what is arguably the nicest venue in Albany. 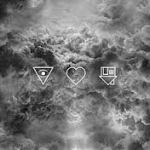 This dark pop rock album has the best of both worlds as the rock band sound is enhanced by the electronic sounds but not unbalanced at all. Their single “Sweater Weather” was played all over this past spring/summer, but every song on this album keeps those illuminati themed lyrics while having the dark garage like sound.

Another album that was simply stellar from front to back. They stayed true to their sound and the deep bass and synth mixes perfectly with Mars’ vocals to create a sweet, energetic pop album.

If you can get past the whole ‘Sounding like Lil’ Wayne’ thing, you have a great rapper. Lyrically he’s amazing, and fun, and his beats are great. This is a new sound I can deal with.

This album throws you back into an 80’s/90’s synth pop dance party. Combining electric guitars and synths they created an all time favorite album of mine. Brownie points for being from Syracuse and opening for the Postal Service.

6.) Capital Cities- In a Tidal Wave of Mystery

The duo from California absolutely know how to make a hook. From “Patience Gets Us Nowhere Fast” to “Safe and Sound” to “Farrah Fawcett Hair” the songs get stuck on replay in your mind for days. Throw in some flashy electronic beats and synths with a jazzy trumpet and you have yourself Capital Cities. I cannot recommend this album enough.

5.) Fitz and the Tantrums- More than Just A Dream

Another album that had a great dance feel to it. I saw them live at the Upstate Concert Hall along with Capital Cities and I had a blast. They combined soul with pop and dance, and it’s a combination that makes me impatient for their next album.

Favorite Song: “Out of My League” 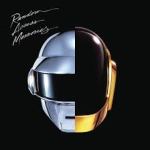 I love the disco dance type vibe that Daft Punk brought to the table in this release. Almost every song made me want to move and the collaborations throughout the whole album added a modern vibe to their disco sound. “Get Lucky” topped the charts in the early summer but its not a surprise that nearly every song on this album charted. 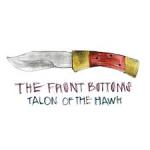 3.) The Front Bottoms- Talon of the Hawk

This indie punk band from Bergen County, New Jersey made a gem in this album by combining catchy hooks and awesome riffs. After one listen through all the tracks I couldn’t get them out of my head and didn’t want to.

This album was absolutely stellar. Although “Closer” became a giant hit, every single song here had the potential to be a hit. With influences from childhood idol Cindy Lauper, the Canadian indie folk duo completely changed their sound to make an extremely enjoyable dancey-pop album.

Favorite Song: “I Couldn’t Be Your Friend” 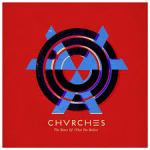 1.) Chvrches- The Bones of What You Believe

I really enjoyed the Recover EP when it came out and I was super excited for the full length album to come out. I was not disappointed as from start to finish this album was completely enjoyable and well thought out.

2013 wasn’t an amazing year for music, but a lot of cool things did happen. There were artists who re-emerged on the scene in Daft Punk, My Bloody Valentine, Boards of Canada, and The Pixies, and then there was a movement headed by Daft Punk and Arcade Fire to try and revive disco in a modernized way. The reason for my semi-disappointment is that a lot of the artist’s efforts this year to set a new standard for their peers failed in my eyes to create something overly significant and lasting (with one exception). Motives aside, and favoritism thrown out the window, here are my top 25 albums to get released in 2013 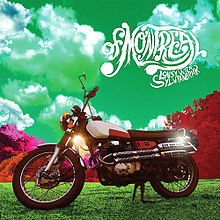 25. Of Montreal- Lousy With Sylvianbriar

I’m really interested to know if this album’s stripped down and more accessible approach was a choice made by Barnes or his management. A part of me hates it because I view him as one of the most fascinating artists out there and really enjoy hearing what he creates when he tries to make electronic masterpieces, but Lousy With Sylvianbriar serves as a reminder to earlier Of Montreal days when he made his living off making pretty pop songs and displayed his thoughts in a less bizarre way. 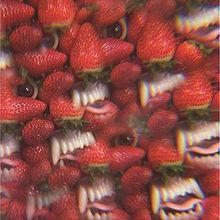 One of the better noisy rock albums that came out this year, Thee Oh Sees is a band that must be an absolute blast to see live and tries to capture that energy on the album. When that does happen it’s an awesome thing to hear, but it happens inconsistently as interest tends to fade during the second half of the album, but there are some gems on it like the one suggested below in “Toe Cutter – Thumb Buster”.

I like listening to Wavves because their music is fun, and that’s why Afraid of Heights gets mentioned here despite it’s struggle to be substantial. They can do much better than this and have shown potential to write interesting songs, but they haven’t quite gotten to their peak yet in my opinion and I’m hopeful that they do soon.

22. The National- Trouble Will Find Me

The product was still good on Trouble Will Find Me, but it’s a difficult one to get inspired by because it sounds uninspired in comparison to the previous three releases. I do enjoy Berninger’s delivery and cadence in their music a lot though, and it appears that even a sub-par record by The National is a quality album when you compare it to it’s peers. 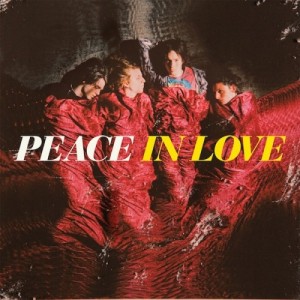 This was the debut album for the group and it was a great success by a lot of standards. Their sound has evolved already from their first EP, and In Love is a more consistent album than most bands will achieve in their entire discography, let alone on their debut. This group has a ton of potential but I still have some questions about which genre they ultimately gravitate towards, because they’re stuck in between pop and rock right now and that’s not a good place for them to be because they’re completely different approaches.