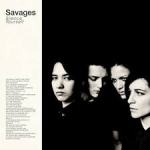 Silence Yourself is Savages first full length LP.  I was first introduced to Savages this year and when I finally got to listening to the album, I really enjoyed it.  It’s loud but it also has it’s softer moments too. The track that I enjoy the most is Hit Me because it has all of this energy and craziness packed into a 1:41 song. 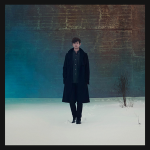 8. Trouble Will Find Me – The National

I wasn’t too familiar with The National’s previous work, but I really did enjoy this album. This is The National’s sixth full length album and it’s pretty sweet, I really enjoy the calmness of it.  Take a listen to “Pink Rabbits” & “Don’t Swallow The Cap“. 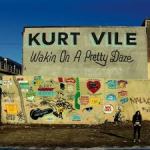 I wish I had this album playing whenever I would take long drives in the summertime because it feels like that kind of album. It’s sweet and an easy album to listen to.  My picks are “Never Run Away” and “Was All Talk“. 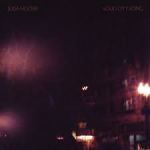 Loud City Song is the third album Julia Holter has released.  This is the first album where she recorded with a full band to add a more full sound that she was missing in her previous releases. The track “Horns Surrounding Me” is a clear representation of the full sound, and the album as a whole is really pretty and easy to listen to. My Favorites off this album are “This Is a True Heart” and “In the Green Wild“.

On Arcade Fire’s fourth album they decided to go for more of a disco feel.  This definitely was not my favorite Arcade Fire release, but I do believe that they accomplish what they wanted to do because they wanted to make an album with disco and dance elements in it. I do prefer Arcade Fire’s sound from their previous releases, but I still think that Reflektor is a solid album. 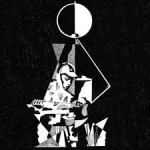 King Krule does a really good job of mixing rock, hip hop and other genres into this album. I started listening to King Krule back when he released his EP King Krule and then listened to his EP U.F.O.W.A.V.E that he released back when he went by the name Zoo Kid.  Most of the songs from U.F.O.W.A.V.E made it to 6 Feet Beneath The Moon and have been cleaned up and updated.  This album has beautiful moments like in “Neptune Estate” and more upbeat moments like in “A Lizard State“. 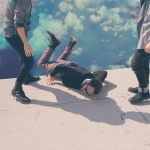 It’s been four years since Local Natives released their first album Gorilla Manor, so as a fan of the band I was eagerly waiting for them to finally release some new music. This album is packed with meaningful songs that were written at the time of the passing of Kelcey Ayer’s mother.  In the song “Colombia”, Kelcey is praying to his mother and asking her if he is giving and loving enough, and moments like this are what show the beauty in this album. “Colombia” and “Ceilings” are two of my favorites. 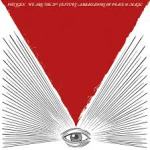 2. We Are The 21st Century Ambassadors Of Peace & Magic

I don’t remember how I heard about Foxygen, but I remember being obsessed with it as soon as I listened to the album. I went to the record store, bought the album, and played it all the time. Foxygen has a lot of elements from other bands, but they still manage to make their sound their own. My favorites off of this album are “Oh No 2” and “On Blue Mountain“.

I was so excited for this album. Soon after it released, I had go to the store to pick up a copy. Vampire Weekend’s third album follows up the band’s 2010 release Contra with a different sound, as on this album Vampire Weekend goes for a less upbeat sound like their previous albums and focus a lot more on their lyrics. One of my favorite lines from the album is “Wisdom’s a gift but you’d trade it for youth/ Age is an honor – it’s still not the truth” from the song “Step”.  The themes of youth and faith are explored throughout this album and Vampire Weekend does it in a way where it feels effortless. Listen to “Unbelievers” and “Step“.