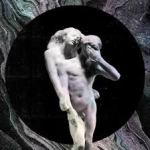 The spectacle of the album release was a wonder in itself, and Arcade Fire’s experimentation into Disco was the top voted album of the year by a wide margin in our poll.

The second mix tape from Chance the Rapper caught the attention of multiple departments in our station, helping it be named the top hip-hop album of the year on our list.

The sound matured for Vampire Weekend, solidifying their role as one of the premiere pop artists in today’s music scene.

An inspired and experimental album from the group garnered them a lot of attention this year from media publications, and our DJs viewed it with a similar level of admiration.

The debut album for the California Skate-Punk band brought a ton of energy with it during their screamed stories about drugs and youthful ideals.

A relaxing and pretty listen, Wakin’ On A Pretty Daze gave Kurt Vile a lot of artistic freedom to create long songs about his past experiences that have led up to this point.

The sophomore album by the group tended to get mixed reviews from critics, but our DJs were supporters with it finding it’s way onto numerous lists.

8. The National – Trouble Will Find Me

One of the more consistent alternative bands out there released another very good album this year, while also having a documentary about them made by Berninger’s brother aptly named “Mistaken For Strangers” receive favorable reviews at film festivals.

9. Foxygen – We Are the 21st Century Ambassadors of Peace & Magic

Foxygen found themselves getting talked about a lot this year with We Are the 21st Century Ambassadors, and they were the most played artist on our station in 2013.

Probably the most polarizing man in music added a new album to his discography this year and debate ensued about where the album actually stood in his discography. Our DJs liked it enough to have it round out the top 10.
END_OF_DOCUMENT_TOKEN_TO_BE_REPLACED

This dark pop rock album has the best of both worlds as the rock band sound is enhanced by the electronic sounds but not unbalanced at all. Their single “Sweater Weather” was played all over this past spring/summer, but every song on this album keeps those illuminati themed lyrics while having the dark garage like sound.

Another album that was simply stellar from front to back. They stayed true to their sound and the deep bass and synth mixes perfectly with Mars’ vocals to create a sweet, energetic pop album.

If you can get past the whole ‘Sounding like Lil’ Wayne’ thing, you have a great rapper. Lyrically he’s amazing, and fun, and his beats are great. This is a new sound I can deal with. 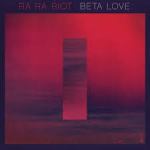 This album throws you back into an 80’s/90’s synth pop dance party. Combining electric guitars and synths they created an all time favorite album of mine. Brownie points for being from Syracuse and opening for the Postal Service.

6.) Capital Cities- In a Tidal Wave of Mystery

The duo from California absolutely know how to make a hook. From “Patience Gets Us Nowhere Fast” to “Safe and Sound” to “Farrah Fawcett Hair” the songs get stuck on replay in your mind for days. Throw in some flashy electronic beats and synths with a jazzy trumpet and you have yourself Capital Cities. I cannot recommend this album enough. 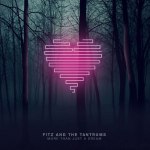 5.) Fitz and the Tantrums- More than Just A Dream

Another album that had a great dance feel to it. I saw them live at the Upstate Concert Hall along with Capital Cities and I had a blast. They combined soul with pop and dance, and it’s a combination that makes me impatient for their next album.

Favorite Song: “Out of My League”

I love the disco dance type vibe that Daft Punk brought to the table in this release. Almost every song made me want to move and the collaborations throughout the whole album added a modern vibe to their disco sound. “Get Lucky” topped the charts in the early summer but its not a surprise that nearly every song on this album charted.

3.) The Front Bottoms- Talon of the Hawk

This indie punk band from Bergen County, New Jersey made a gem in this album by combining catchy hooks and awesome riffs. After one listen through all the tracks I couldn’t get them out of my head and didn’t want to.

This album was absolutely stellar. Although “Closer” became a giant hit, every single song here had the potential to be a hit. With influences from childhood idol Cindy Lauper, the Canadian indie folk duo completely changed their sound to make an extremely enjoyable dancey-pop album.

Favorite Song: “I Couldn’t Be Your Friend”

1.) Chvrches- The Bones of What You Believe

I really enjoyed the Recover EP when it came out and I was super excited for the full length album to come out. I was not disappointed as from start to finish this album was completely enjoyable and well thought out.