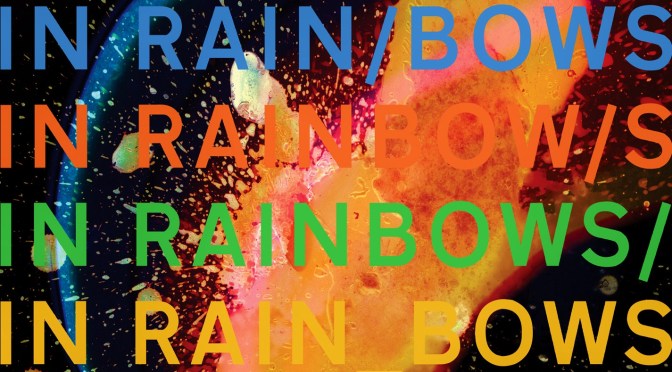 Ten years ago today, on Oct. 10th 2007, Radiohead self-released their seventh studio album In Rainbows, after breaking from their former label. In Rainbows was announced and released on Radiohead’s blog, with pay-what-you-want download link. They were the first major band to do this, and it sparked international debate about revolutionizing the role of the music industry, garnering mostly positive reactions. The album received critical acclaim, won 2 Grammys, and was named one of the top albums of 2007. In 2012, Rolling Stone ranked In Rainbows as #336 on the updated list of Greatest 500 Albums of All Time.

Take a look back and give it a spin:

Welcome to a new little segment that will hopefully be popping up every Thursday from now until the end of the semester called Throwbacks. Once a week I’ll try to throw up a jam from back in the day that was iconic or influential in some way. For this week I decided to pick Otis Redding’s Respect. Redding was my artist of choice because his work was influential even though he was only active for a short time (he died at 26 in a plane crash). Kanye West and Jay-Z sampled Redding’s song ‘Try A Little Tenderness’ on their song ‘Otis’ which was released in 2012. ‘Try a Little Tenderness’ is also in the movie Pretty in Pink that came out in the 80s.
The song ‘Respect’ may sound familiar, but they name usually associated with it is Aretha Franklin. Redding released the song in 1965. Franklin went on to cover the song and add in the R-E-S-P-E-C-T part in 1967, making her a household name. Franklin’s take is much more feminist and empowering, whereas the original is using the word respect to mean sex. But, thank you, Otis Redding for inspiring Franklin to make the amazing, redefining cover that she did.

And here’s Aretha doing her thing: