It was one of the first days of spring — white flowers were blooming hard all over Albany and people were driving by with open windows spilling music on to the streets. At the time of this writing, Albany Medical Center has not taken over this block where Valentine’s stands and hopefully if you are reading this in the future, it has not done so!

It is Friday night, May 3rd, with locals Birthdays and Party Boat opening for THE BABIES. We were all really excited to see The Babies play live – A lot of the rock DJs have played the hell out of Our House on the Hill since it was released in November 2012. One concert-goer proclaimed, “MY HEART IS A JITTERY BUTTERFLY” while we waited for them to start and I forced a “Kodak Moment”: 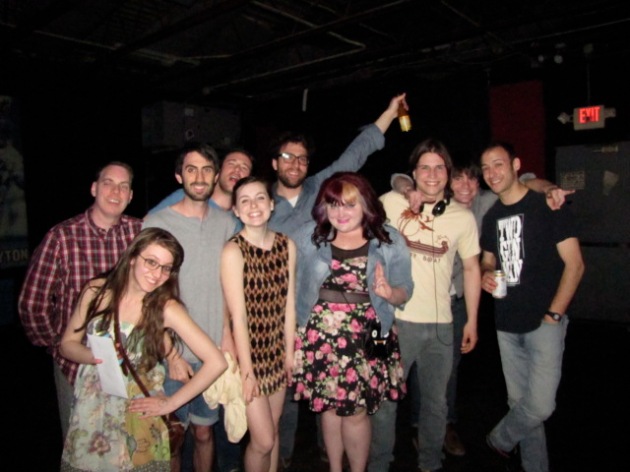 THE BABIES – I had so much fun during their set – They had lots of energy and played all the hits! Their live show translated well from their studio albums — Seeing them live made me love their songs even more because the instruments sounded bolder all around and it really did it for me. I hope one day I can see them play a basement show. There were a lot of dancers in the audience which made the set even more fun. 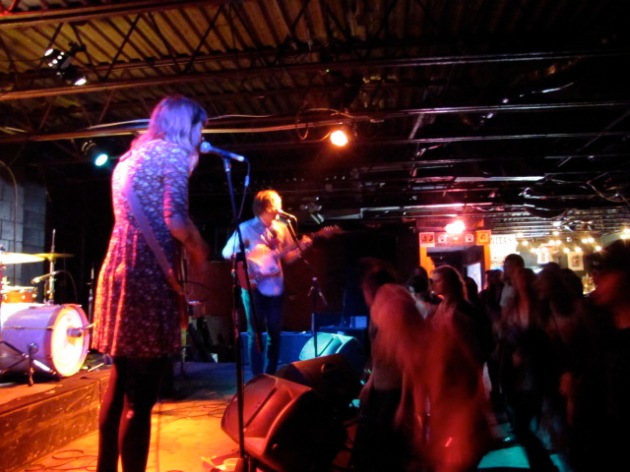 They had Our House on the Hill on record, cassette, and CD, their self titled CD, Moonlight Mile/Places 7” (review below), T-Shirt, and an AWESOME TOTE BAG (A++++++)

PARTY BOAT opened the show with a fun and joyful set that made people smile and dance. (One of my favorite things about the whole show was all of the dancing!!)  Party Boat taught us about bike safety and then took us all to a beach party. The last song was a ripper, I felt those harmonies! 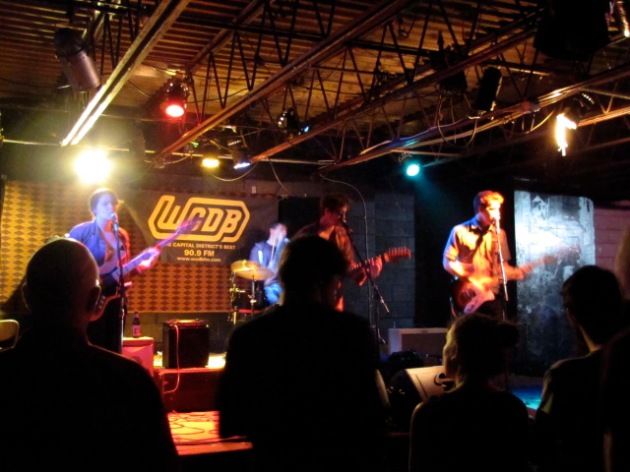 BIRTHDAYS is one person band with vocals modulized and he used pedals and guitar to manipulate his sounds. It was like living in a video game where you learn about pizza babies and salads.

I had to play “Moonlight Mile” 3 times before I could go to Side B because I LOVE THIS SONG. This was the 1st song I heard from The Babies and I was hooked immediately —  It is one of those songs that gets welcomingly lodged into the brain — I couldn’t stop listening to it (that bass line! the woooooos! those sustained guitar notes!) If you need a good first song to try to see if you are into this band, THIS IS CLEARLY THE ONE.
“Places” Side B: This is a musical gem! I could see this song being used as the theme song on an awesome show — such as something Janeane Garafalo is involved in like The Ben Stiller Show or something else hilarious. The lyrics are all inspiring and makes me want to go live it up: “There are places that you gotta see/ There are people that you gotta meet/ Let them set you free/ […] Let it set you on fire.”